I just finished a session on unconscious bias which was aimed at helping us understand why, despite equalities supposedly being enshrined in law, society is still so unfair. By understanding unconscious bias we can begin to frame prejudice as something we are bombarded with from the world around us and realise that only by developing our response to it can we really eliminate it.

What is unconscious bias? Our background. Our childhood. Our favourite fruit, show and personal experience with a University or a salon or a neighbourhood. Everything around us is made up of societal stereotypes and forced into cultural context because that is how we can even begin to comprehend the world around us. For example, think of these 3 words – pilot, personal assistant, 5 year old. Did you think – man, woman, neurotypical? Of course, you did. I did too.

Unconscious bias has evolved alongside our cognitive functions, our history and our own individual experience over thousands of years. Trying to fight it is helpless, but learning to accept the thought and actively choosing to change it is how we will start to shift the bias for future generations.

Let’s take a child as an example – what do you think of? A boy, probably, around 4/5 years old, maybe just started walking and playing with some sort of toy. You don’t think of an 8 year old girl struggling to spell, speak, eat, or walk – but she’s a child too. So, next time you are speaking to a parent of autism and your mind catches sight of that fictional boy hold the image and open it up. Let the parent tell you about their child’s tantrum, their dietary preferences, what they are learning in speech therapy and let those words shape the image in your mind. Holding on to the original thought means you will think – aren’t they too old for a tantrum? What kid doesn’t like chips? Shouldn’t they be doing more advanced stuff at this age?

Let’s say there’s an adult walking towards you, on his tiptoes, making grunting noises – what do you think of? A man, drunk or on drugs, probably, and it immediately triggers your defence instincts. There’s nothing wrong with this reaction because your survival instinct is too strong to manipulate – it’s been developing for millions of years. Stop judging yourself for judging people on appearance because that’s all the information you have during the split second your instinct kicks in. It’s what you do after the thought that speaks to who you are. You wouldn’t think it’s an adult with autism just walking and stimming for many, many reasons. Maybe you don’t know about autism, maybe you don’t know stimming, maybe you’ve had a hard day – but what do you do when you do realise, or when you know?

I know I use this example too often but let’s think of a busy, long flight and a screaming kid – what do you think? Probably some profanities, judging the parent who can’t ‘control’ their kid, wondering why, of all the planes in the world, it had to be this one. Well after all those thoughts, which will take about a second to form and go through your mind, remember how different we all are. Put yourself in the parent’s or the kid’s position. Maybe you know about sensory overresponsivity (from my previous post *winkwink*) or maybe you just put your headphones in.

Unconscious bias will have an impact on our decisions and actions without realising. We will relate more and offer more allowances to people we know something familiar about – like people who are from the same country or enjoy our kind of music – and we will judge people who don’t like what we think is the bomb.com, like smoked salmon or Stranger Things. We will be more inclined to learn about different abilities if we know people who have them – like autism, Downs or paraplegia – and we will be more sceptical of conditions we don’t understand – like Tourettes or palmar hyperhidrosis (clammy hands or feet).

How we react when we recognise unconscious bias is what we should noticing, passing on to others and using our experiences to shape a new image for pilot, personal assistant and 5 year old. The first step is to stop judging yourself, for judging others. The rest of the steps are up to you.

A new study published here – Distinct Patterns of Neural Habituation and Generalization in Children and Adolescents With Autism With Low and High Sensory Overresponsivity – on pubmed.com explores how the brain can fade repetitive or familiar sounds in order to allow concentration in neurotypical persons and compares the workings of the same function in neurodiverse individuals.

For most of us, sensory stimuli such as noises or unusual textures trigger activity in the part of our brain which processes sensory information. The more we are exposed to this stimuli, the more our brain is able to recognise it as familiar and tamp or manage our response to it. This process, called habituation. It helps us tune out background noise/sensations so that we can pay attention and process new information. Let’s take a fan as an example – you hear it when it’s turned on at the start of the day, you feel it every time it turns towards you, but you don’t keep hearing that buzz or noticing the gust every second throughout the day, unless you choose to.

The article’s objective is to explore sensory overresponsivity (SOR), which is an atypical negative reaction to sensory stimuli prevalent in autism spectrum disorder. The study monitored responses in three stages of sensory processing:  initial response, habituation (i.e., change in response over time), and generalisation of response to new but familiar stimuli.

The new study, by lead investigator Shulamite Green  (assistant clinical professor of psychiatry and biobehavioral sciences at the University of California, Los Angeles), found that some autistic children don’t show signs of habituation. This means that their brain does not fade out the sound of a fan, the gust of wind, a stray hair that tickles their neck but their brain keeps trying to understand the stimuli over and over again – which is overwhelming and exhausting.

You can read the very interesting findings at length through the link above. The summary is:

The team also exposed the children to one more round of stimuli using similar sensations but with a slight difference in texture and frequency. The brain activity for the group with the low sensory reactivity indicated that they recognised the stimuli as new but also that they were similar enough to tune them out. Whereas, the other group had high brain activity which may indicate that their brains were processing the stimuli as completely separate and new. It was also interesting to read that some children with autism showed no brain response to the new stimuli at all. This may mean that they could not tell that the stimuli were new, or that their brains had faded the response to the original stimuli so much that they couldn’t activate in response to the new information.

Next time you see a child covering their ears, a parent frantically trying to to put their sock back on, a crying toddler in a busy train/bus/airplane – remember that what you see is never the whole story. Our bodies and minds are vast and beautiful and different. Instead of getting annoyed let your brain fade it out so you can focus on something else – because you have that ability and they may not. Your brain’s natural reaction will be to habituate not to stare or glare or offer unnecessary parenting advice – so pop your headphones in, look out the window or engage in another conversation instead of focusing on the distraction – because you have a choice, people with autism may not.

Don’t let kindness, understanding and love fade into the background. See it, appreciate it, teach it and use your capabilities for good. 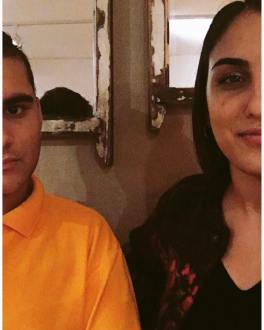