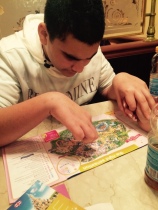 Microsoft has launched a pilot programme to hire people with Autism, in full-time roles. They are offering 10 places on a pilot scheme based at the Redmond headquarters.

One in 68 children are affected by Autism. It only takes one kid to make a difference. That kid was senior executive Mary Ellen Smith’s 19-year-old son who said: “People with autism bring strengths that we need at Microsoft… It’s a talent pool that we want to continue to bring to Microsoft.”

This isn’t the first time Microsoft has pioneered in the Autism field.

In 2001, Microsoft added coverage to its self-funded insurance plan to cover a pricey but promising therapy for autistic children. It started in the 90’s when everyone was talking Autism and vaccines. In 1999, Microsoft employee Jon Rosenberg and seven others, the Gang of Eight as they are known, who were raising kids with autism, asked the firm about applied behaviour analysis (ABA) therapy; it was still new this and had positive treatment results. In the US, it would cost $60,000 a year or more, without insurance coverage.

The tech industry is leading the way in bringing awareness about Autism and  also in developing their products in an Autism-friendly way.

Specialisterne, the recruitment firm in charge of the new hiring scheme, operates in Denmark and the UK to promote the skills of people with Autism for specific vacancies.

Firms worth millions making simple adjustments paving the way for the rest. Just because someone has Autism doesn’t mean they cannot contribute to society, economy, or the workplace. We need to make it possible for them, we need to open the doors to this.

If you own a business, think about hiring someone on the spectrum. Tap into this pool of potential with targeted descriptions, clear demands and a touch of humanity. Just because they can’t speak clearly or exchange pleasantries don’t write them off. Chances are, you’ve already worked with someone who is on the spectrum, one in 68 are pretty slim odds. Making job interviews more accessible, providing support, giving clear instructions and not turning the workplace into a playground can help integrate Autism into the workplace.

One thought on “On the Radar – Microsoft”