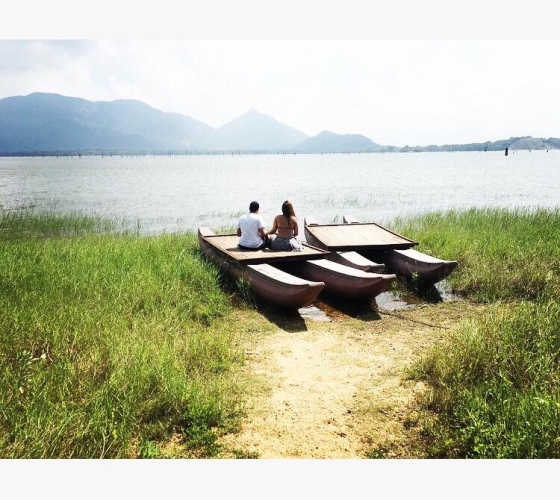 Being back to life without Christos is harder than I thought.  The first couple of nights I kept waking up at 4.30 looking for him. This holiday was different because we depended on each other. Whatever he needed, I was the one he would come to. No back ups, no saying ‘yeah later’ and then never getting round to it. It was a surreal glimpse into our future.

I’ve written about the challenging parts of the holiday, now it’s time to go back to gushing over how great he is.

1. His routine: Christos works out his day in hours. So in the evenings, we would set out a plan for the next day hour by hour. For example:

This wasn’t as rigid as it looks. For example, I could negotiate an extra half hour at the pool if he was in a good mood. Or we would skip the walk or the pool if it was raining. The night of the christmas gala dinner we stayed at the restaurant until 10.30pm! Also, if we were travelling the schedule looked different. He even let me explain to him how there are different times in different countries.

IMAGINE, trying to explain time zones to someone with only 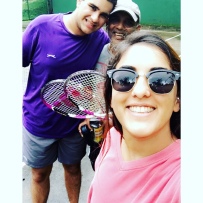 numbers and the words – dad, mum, Christos + Theodora, airplane, and (obviously) pasta.  I showed him the time in Colombo (dad), Doha (Christos + Theodora), Cyprus (mum) and explained that the airplane would take off and land in between. I wasn’t sure he got it, until we got to Doha and he asked me to change the time on my phone to the local time and did the same in Cyprus. I CAN’T EVEN.

2. His food: I’ve talked extensively about his eating habits on the blog and how far he has come from the days when mum had to pack a bunsen burner to take to the Maldives. He ate all sorts of chicken, and all sorts of rice and all sorts of pasta and sauces. He had a variety of options and made his mind up quite quickly. It didn’t bother him that it wasn’t always the same rice, and he never went for white. It didn’t bother him that the chicken was curry, or jamaican, or spicy, or salty, or lemony. He ate what was there, what caught his eye and was willing to switch in between. The chefs were on standby to make him something special, but we never needed to. In fact, all the staff were at his beck and call. I am so grateful to all the great people at Amaya Lake for their kindness; I wrote a review for them here.

3. Packing: He is the best at packing. I’m okay at packing – dad is not great (sorry daddy). Every time I lost something, Christos knew where it was. Every time I was packing he would bring me things I would have DEFINITELY forgotten. He is in his element – bossing us around and organising. Thanks to him, we went back home with all the things we had taken with us.

4. Compassion: While in Sri Lanka my aunty had a bad fall and had to be operated on. When we got to the house it was 5-6pm and Christos had warned me that he wanted chicken nuggets that night for dinner at 8pm. But: Which ones? Breadcrumbs or batter? Smooth or bitty? SPICY OR REGULAR? Or maybe a little

bit spicy? Point is, it wouldn’t be the chicken nuggets he’s thinking of. I obviously always say okay and figure out the rest later. When we got there, it was obvious that we needed to make sure our aunty was okay first. Dad was mega stressed and there were millions of things he had to sort out and think about. Nuggets were not a priority. Christos played with his game boy from 5pm to 8pm that day. Why? Because he knew something was off. He knew the schedule was off. He didn’t ask to listen to music, or anything. He just played his game boy and stayed out of our way. We had pasta that night for dinner and it was okay. That was our proudest moment of the whole trip.

5: Affection: He was constantly holding my hand, giving me kisses, looking out for me. When I had a tummy ache, when I had a headache, when I was stressed – he was there for me. It was hard going back to Cyprus because his priorities changed. He was home. That meant he had our mum and nan who take care of him every day, all day. He didn’t need me anymore. Kisses were rushed, and cuddles were cut back to only when necessary. It really, really hurt. But! Let’s be real, he sees me 10 days a year. At the end of the day, I was only there for him for 13 days so obviously I’m not number one. I’m probably top 5. I hope I’m top 5.

This holiday meant so much to the three of us. There’s so much I’d like to tell you, but I can’t express it in words. This holiday was a feeling. When I think back to those 13 days, I feel a weight on my chest, it makes me cry, it makes me grin ear to ear and it makes me proud.