In 2018 Sainsbury’s launched a new trial to help enhance the shopping experience for customers with hidden disabilities. The trial enables customers with hidden disabilities to collect a lanyard which indicates to colleagues that extra support is needed. The scheme helps those with hidden disabilities, such as autism, dementia, visual or hearing impairment by alerting staff that extra support may be needed while shopping. Lanyards are available to collect for free and are for each customer to keep so they can wear it every time they come into store! Not all Sainsbury’s stores have implemented the initiative yet. Sainsbury’s is the first supermarket to test the initiative, following Gatwick Airport’s successful launch and, by using the same sunflower lanyards as Gatwick and Heathrow Airport, Sainsbury’s sets an example for other retailers to follow.

In Shopping with Autism I described how, before Christos started school and was able to communicate with us better through PECS, going shopping with him was a nightmare. It was like walking into a living breathing nightmare. It was loud, it was cold, it was too much. His sensory sensitivity was off the roof. He cried, he was on the floors, he was red, his clothes would come off, he was screaming and there was nothing we could do to console him. We would return home traumatised after every trip – and there were a lot of trips. A couple of years later, we could stop the screaming, by getting him chocolate and crisps. Then came the years where we would go in and didn’t need to literally drag him across the floor to the till. My mum stopped apologising to everyone. When he got a bit older, we would make a list, he’d know where everything was and there was no crying, he would organise the shelves. If something in aisle 4 was supposed to be in aisle 12, he knew and he would fix it. Now? It’s one of his favourite errands. You can tell him what you want, he’ll tell you what he wants, you’ll try and offer a compromise, you’ll lose and everyone goes home happy. 9 times out of 10, Christos will jump at the chance to go to the shop; big or small it doesn’t matter! He will pick everything and stand over my mum and shout and order her around until everything is unpacked and stored back home. Now, he has the skills to shop for himself. This growth, this maturity and his development is a testament to my parents’ unwavering will to prepare him for the trial and tribulations of every day life.

Stephanos is not interested nor does he get involved in the shopping aspect of daily life.  He knows and trusts his family to provide him with food stuffs, he is adaptable in brand names and is happy with to have his small juice, ice cream or chocolate and let everyone else deal with the hassle of a supermarket. He doesn’t go to the shops and will not get involved unless he is asked to by his family. When he is asked, he kindly obliges and goes back to his snacks. Whereas, Christos will make you do it all his way. Stephanos’ shopping routine took roots when he, his dad and brother took him to the supermarket with and got him a juice, a chocolate or an ice cream. This simple action, possible done to distract from a tantrum, triggered a routine which he follows when he does participate in a shopping trip. The brands of juice, chocolate or ice cream are not always the same  but he always picks out the three items mentioned above. But, just like his pal, his early encounters with big markets, the sounds, smells, people, intrusion of private space would trigger him when he was younger. At 12 years old, Stephanos had a huge meltdown in a shop in the UK. His mum remembers it as a huge episode including self-injury and the worst she had had to deal with up until that time. Even though the family don’t usually take him to big markets so as to spare him the angst, when he does join he is much better equipped to deal with a mood, or someone clearing their throat. While he may get a bit upset and start stimming, overall he is happy with his treats. I mean, I order everything online just so I can avoid these places, why should our boys feel any different?

The reason we collate and write about these stories is to give you an insight into autism daily life. It’s not always easy but it’s not always difficult either! These boys have gone from kicking and screaming to young adults who know how to help their parents, how to negotiate and take a step back when it all becomes too overwhelming. Christos and Stephanos’ stories are being told so that next time, when you see a parent desperately trying to get their child off the floor, or a kid making sure all the water bottles are facing the same way you may see a bit more than what’s on the surface. You may see the need to help make this world more autism-friendly and you may remember that milestones are different for all of us. You might remember these stories and realise how this was a millionstone for both of them.

My brother is a controlling shopper and Stephanos would just let him get on with it.  When you see them and spend time with them you always get the impression that the boys have a full understanding of each other and respect each other’s character, boundaries and behaviours.

It’s autism awareness week if you hadn’t noticed & I read this article on BBC about women on the spectrum – It all made sense when we found out we were autistic . These women are teachers, PhD candidates, artists, comedians, psychologists and they are inspiring (& autistic).

About 700,000 people in the UK are on the autism spectrum, according to the National Autistic Society. That’s approx 1.05% of the UK population.

In a one-hour special for Channel 4, tonight 28 March 2018, trainee human rights lawyer Georgia Harper and artist Sam Ahern, who both have autism, aim to uncover the true face of autism in the UK today. I hope you’ll be watching.

Autism awareness isn’t just about the future of autism, it’s also about the past and present. It’s about every person who feels they don’t “fit in”, all the times it feels like everyone else was given a manual on life, a ‘lost generation’ of thousands of adults going through life without a diagnosis. Autism awareness is about informing, spreading knowledge, sharing stories, finding new ways, and removing the stigma imposed by a system that doesn’t understand.

Autism awareness isn’t spread only by those living with autism. It’s a plague – a good plague. Awareness is born out of love, it spreads with our voices and makes an impact with our actions. It starts with sharing a story with another mum, or with children asking questions, with major airports introducing measures to help passengers with autism, shops introducing ‘autism hours’ and employers investing in autism training for staff. All the milestones we have witnessed in the world in the 5 years started with a voice.

The biggest obstacle to understanding autism is the expectation to look ‘normal’, the imposition of being ‘neurotypical’ and the social bullying that makes us dismiss and disable anything outside this fictional realm of “normal-ness”. We are programmed to treat anything different differently but what happens when you can’t see the difference? We grow up judging books by their covers and learn to condemn them when the cover doesn’t match what we thought should be inside. You ask someone,”Why is it weird if someone won’t make eye contact?”. Unless it’s a cultural trait, no one can think of an answer except a variation of “It’s not normal”.

You see someone and they look ‘normal’, they speak ‘normalish’, their lives seem ‘normal’ – they have a PhD, or a job or a family and they fit in your category of ‘normal’. As soon as you find out they are on the spectrum your perception shifts. You think, “how? why? really?”.

Autism awareness aims to infiltrate and destroy the ‘normal’ cult we subscribe to. It wants to shatter illusions of what we are supposed to do, it wants to expand our horizons and adds new words to our dictionaries. Just like all the once outcasts of this made up and exclusive society of “normal” the autism awareness movement is working. One in 100 people in the UK are diagnosed with ASD, teachers and police officers are trained, there are groundbreaking findings in ASD research and major channels invest money in documentaries, series and autistic actors/presenters (or muppets).

Autism is becoming a regular headline and it all starts with a voice. April is Autism Awareness day/week/month: here are some things you can do to help – Until everyone understands ; Wear Blue ; 30 things to do in April . 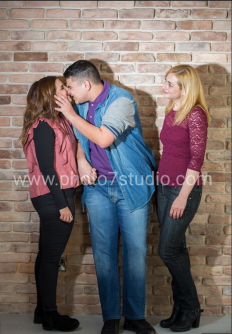 ‘There’s no such thing as a stupid question‘. I mean sure, when you are in education. But we all know there is such a thing, and we experience it every day. For example, when your tummy is rumbling and someone asks if you’re hungry. Or when you hit your knee/toe and someone asks if it hurts. Or ‘Would a fly without wings be called a walk?’. No.

For those of you who are willing to go the extra mile, I will be starting the Autism Awareness Diploma with Online Academies which is currently on Groupon for £19. Netflix is also streaming a new series in August called ‘Atypical’.

Learn, read, educate yourselves. Read/watch the sad stories, the happy ones, the scientific ones. Each one has something to teach you.